Nelson was picked out early as a potential site for settlement by the New Zealand Company because the Boulder Bank provided a sheltered anchorage.

The Boulder Bank is 13 km long starting at Mackay Bluff and ending off Nelson. It is a very unusual feature formed by the stones moving in a SW’ly direction at speeds up to 7.5m a year although the actual method is disputed. There is a huge tidal estuary behind the bank. 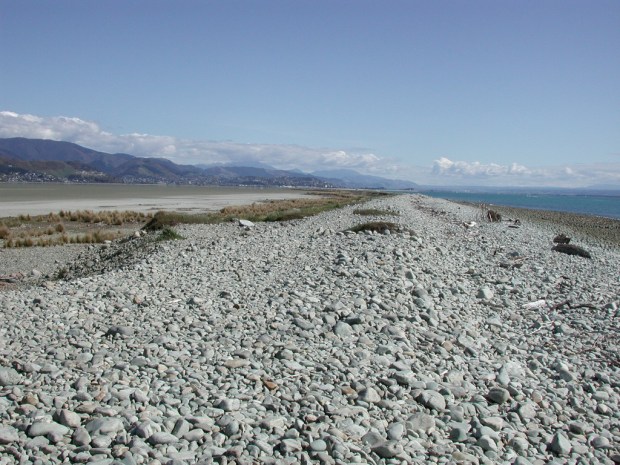 The above photo was taken from Wikipedia, Nelson in the distance. The bank is an important bird nesting area.

The Boulder Bank taken near the marina showing the lighthouse. The lighthouse was built in the UK and brought over in bits and assembled. The lighthouse keeper had 12 children and rowed them over to Nelson each day for school. 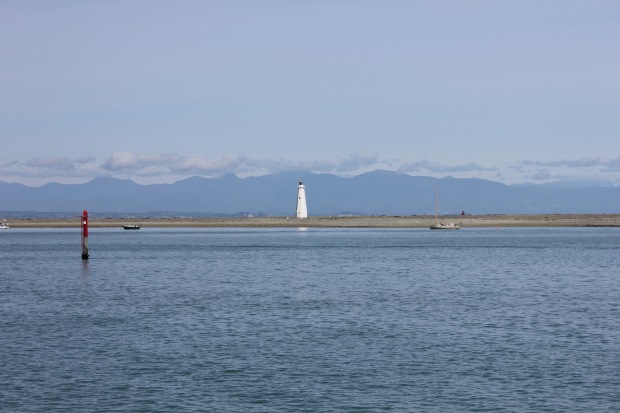 Haulashore Island which used to be part of the Boulder Bank until the cut was dredged between 1903 – 05. Prior to the cut the entrance to Port Nelson was behind the island through a very narrow channel – groundings were common. 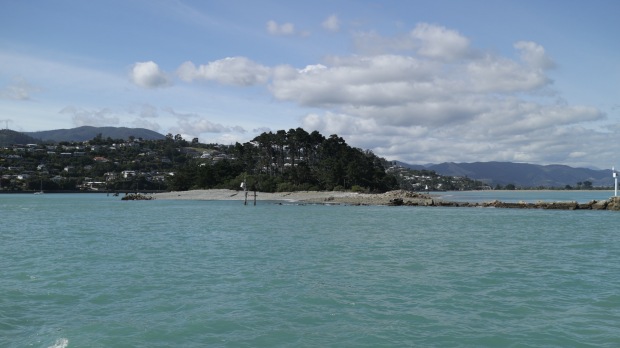 The cut, needs to be dredged every year. 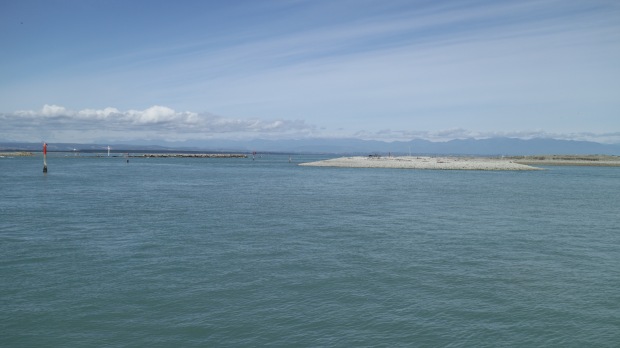 Looking along the Boulder Bank from the cut, as you can see it provides an excellent breakwater. 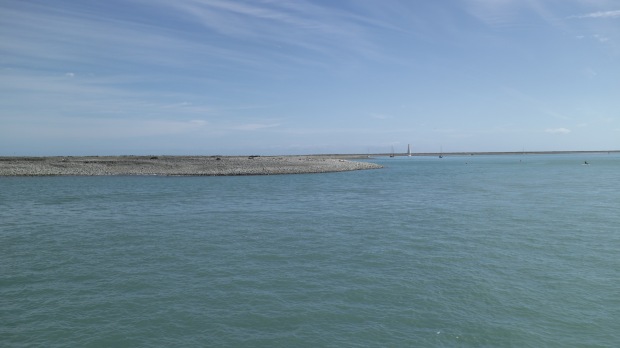 Looking back at the port. It is New Zealand’s biggest fishing port. It is an export port for logs, apples, wine (why??) and fish products. 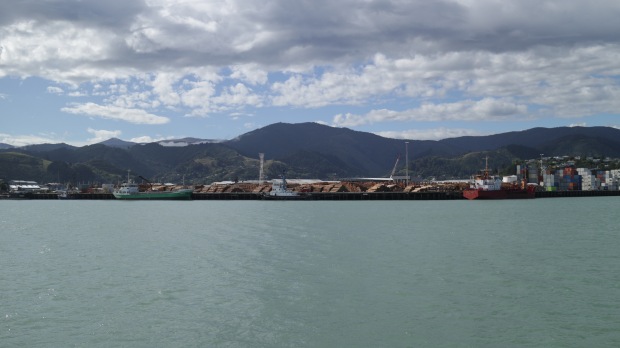 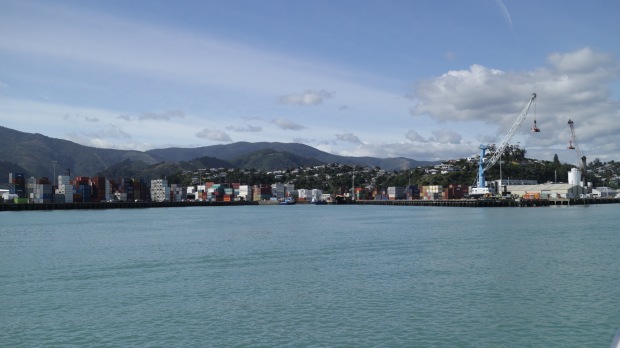 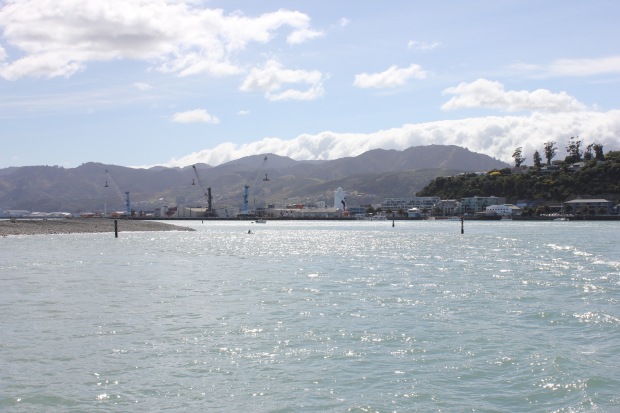