Once we were cleared in I talked with Timei and asked for a boat to come out to collect the mattresses as the queen size was too big for our tender. This took a bit of time so it was early afternoon before he appeared.

It was only a short trip in, where we were anchored was peaceful but the lagoon was exposed to the trades. 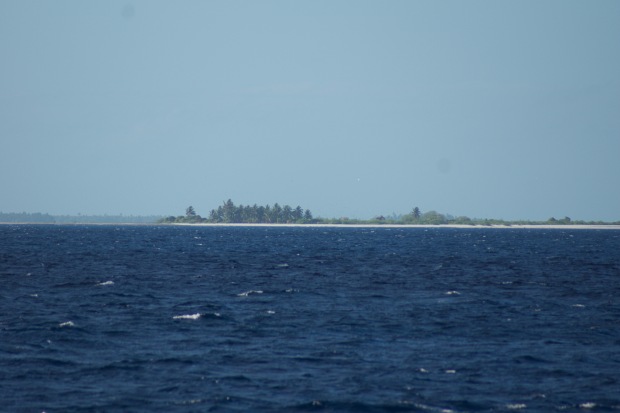 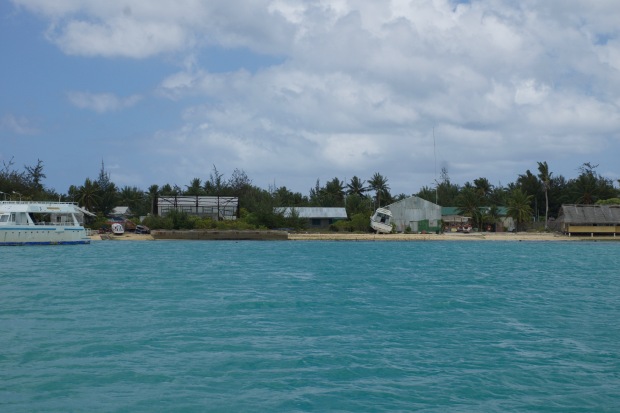 The public landing beach after we had jumped ashore. The boat was typical for the island. 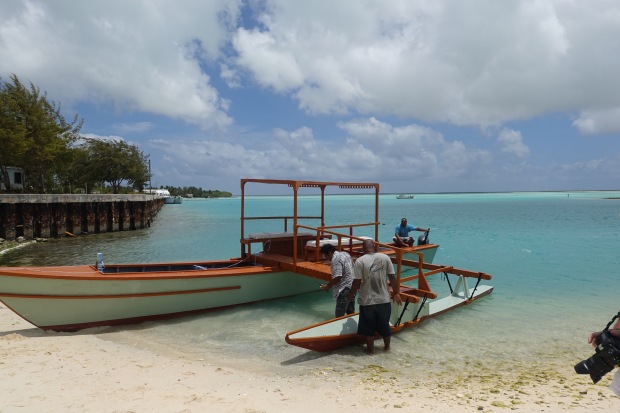 Kiritimati is the largest coral island in the world and there was plenty of it about.

The family arrived with two vehicles and we headed back to the Lagoon View. First a drink, guess what? 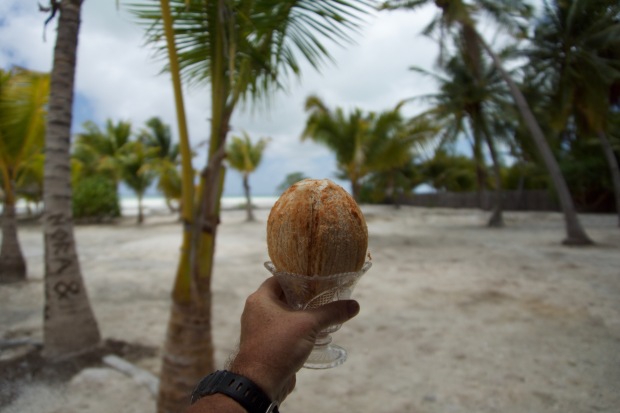 Timei & Tima have 7 daughters so one, Tebby, was designated our driver to show us round the island.

This is how most of the island looked like from the road, coconut tress everywhere. It was difficult to tell the self sown from the plantation ones. 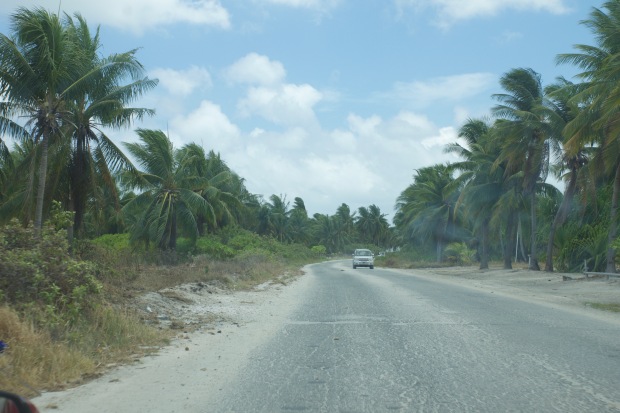 Houses out of the township. 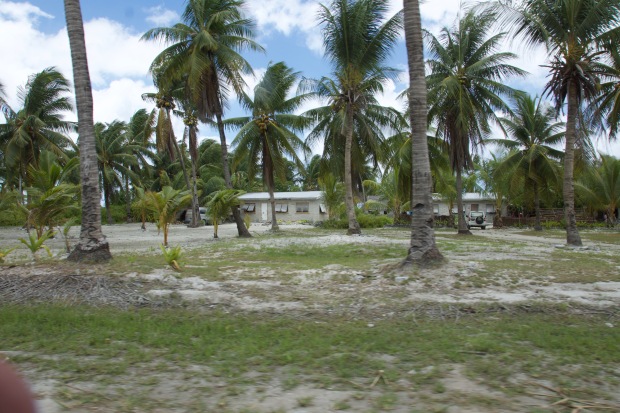 We stopped at a store and had a look round, we were all taken by this motor bike with the built on parasol. 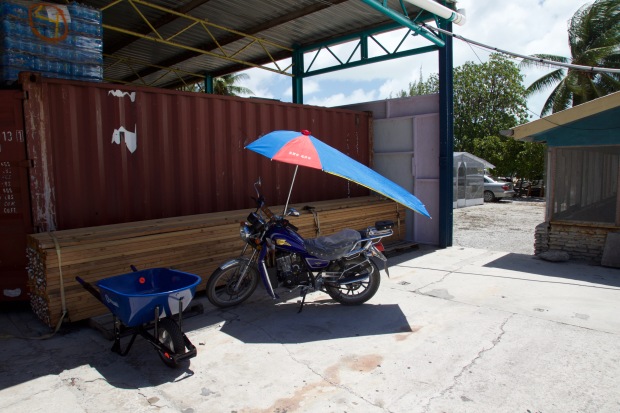 On the windward coast we stopped at the Cook Hotel, the first hotel built on the island. The beach was interesting, none of the usual flotsam and jetsam such as bottle tops etc No beach glass either. 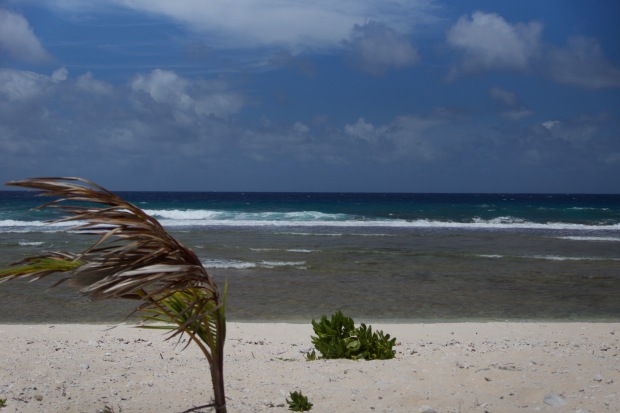 One of the residents was not pleased to see us. 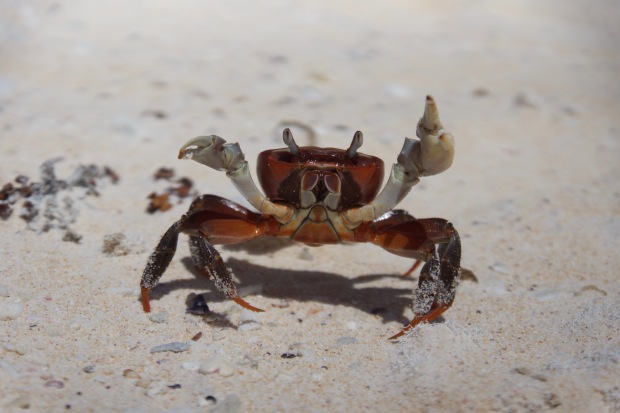 We also called in at the big jetty which had been built by the Japanese. They have a tracking station on the island as part of their rocket program. The view was great. 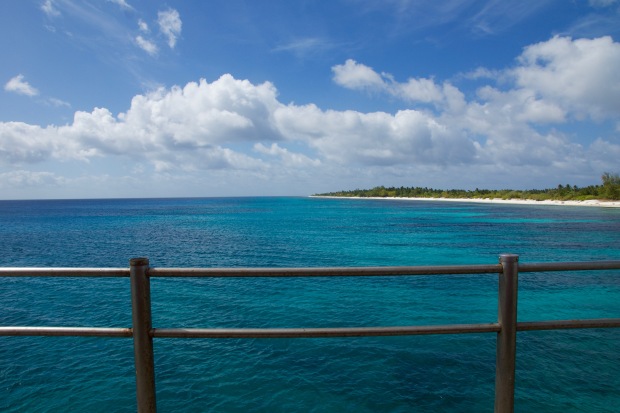 Then it was back to the Lagoon view for a wonderful lunch of fresh lobster tail and tuna steak. Prepared by another daughter.