Mark and I had a trip to Pearl Harbour Historic sites. after checking in the first visit was to the USS Bowfin, a WW II submarine. 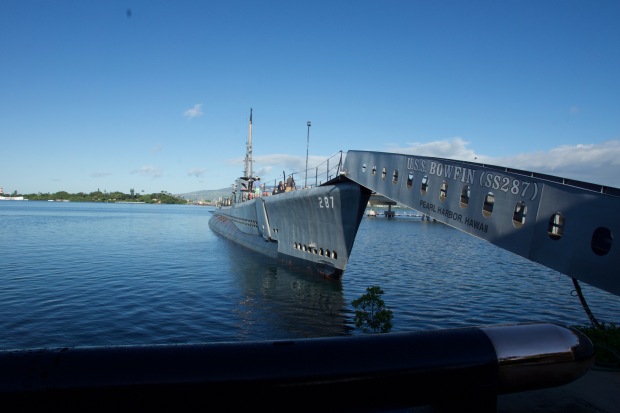 To the left of this photograph is a memorial to all the US Navy submarines and submariners lost in action during WW II. There was  an engraved stone for each submarine and another for those lost individually (where the submarine itself was not lost). Very brave men who had a huge impact on the war with Japan and to see, in a physical form, the losses they endured was striking. 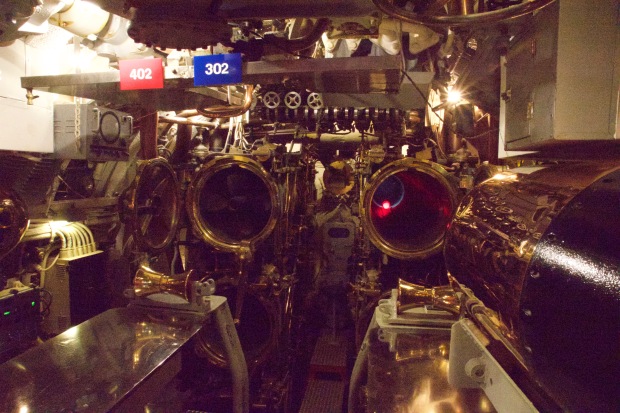 Instrumentation and controls in the Control Room 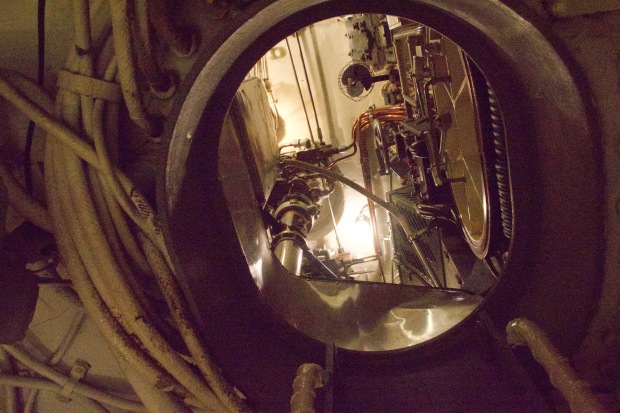 The initial feeling was how spacious the whole submarine was but missing was the 85 odd crew members, their personnel effects and the stores required for their voyage.

Once you think about that plus the smells associated with the crowding, bilges, rotting stores, fuel and unwashed bodies you start to appreciate the difficult conditions the crews endured.

Looking aft through the machinery spaces 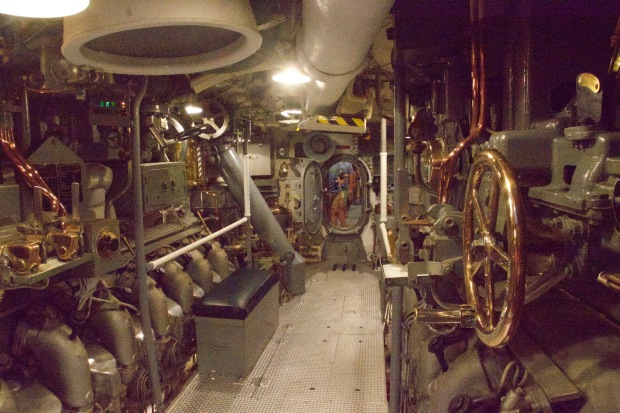 The memorial to the left with USS Bowfin 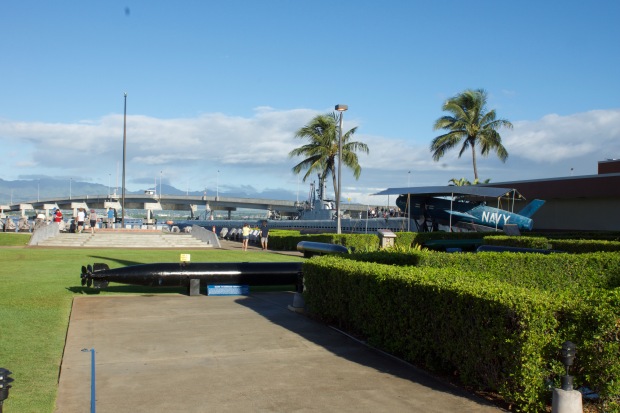