The next day we walked south along Highway 1 to seven mile bridge. On the right is the new bridge. 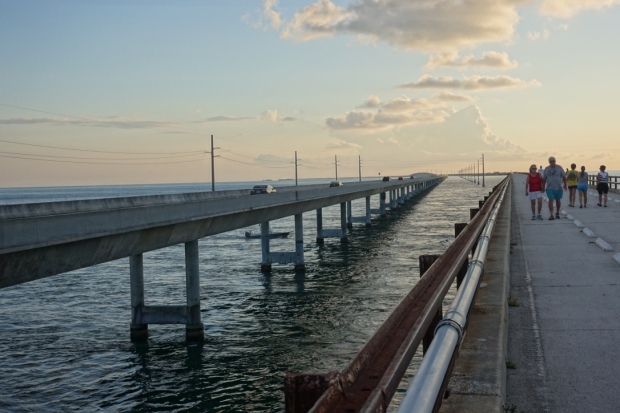