Once we were well stored with the essentials for anchoring plus some food we sailed up to Deep Bay.  Well sheltered, excellent holding, nice beach, walks and a wreck in the middle of the bay to dive / snorkel on. The wreck was a barque carrying pitch from Brasil that had smoke coming from the hatch, not allowed to enter St. John they put into Deep Bay and opened the hatch to see what was going on. Pitch, heat and oxygen made short work of her and she lies in the bay with the stub of the mast above water, this happened in 1905.

Kapowai from the beach:

At times there were quite a few boats and others we were on our own. Tourist boats came most days for an hour or so.

The fort on the hill that used to guard the channel to St. John: 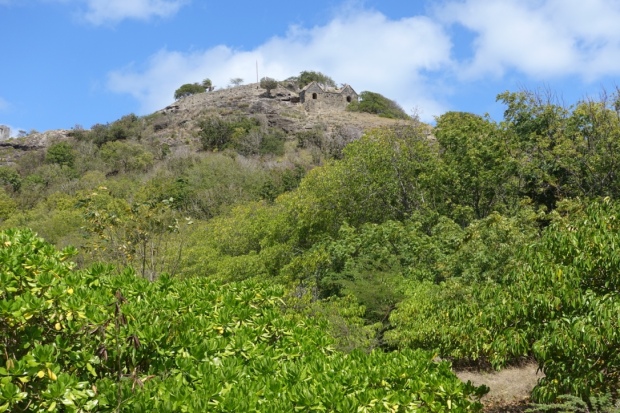 The view down the channel toward the harbour, 4 cruise liners in: 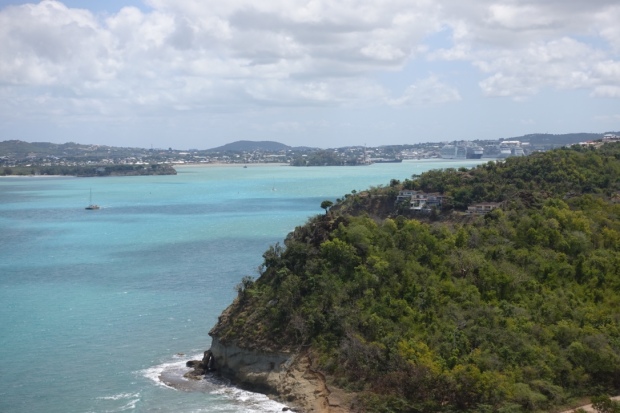 Looking down at the beach, note the big hotel with loads of rooms. There was a bar at the end of the beach where we had a beer after a swim. We were well known and met all the guests of the hotel at one time or another – all 7 of them.

Our hotel was much better, 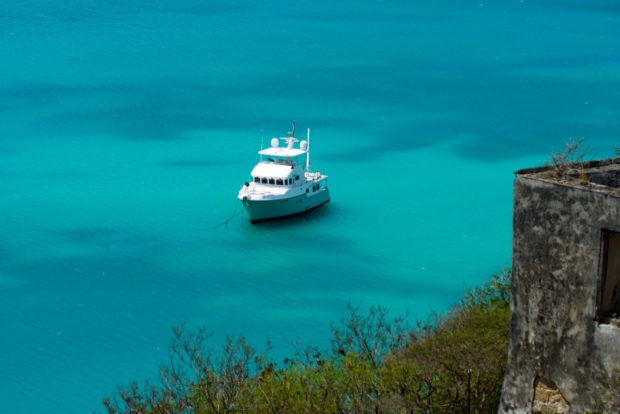