We eventually arrived at the northern end of the rock and had a look round the old tunnels. They were started in 1782 to find a firing position overlooking the area the besieging French & Spanish troops would assemble prior to attacking.  Unfortunately they were a bit dark for photos.

We did get one of these two fine figures. One is dressed in military uniform, the other is a dummy. 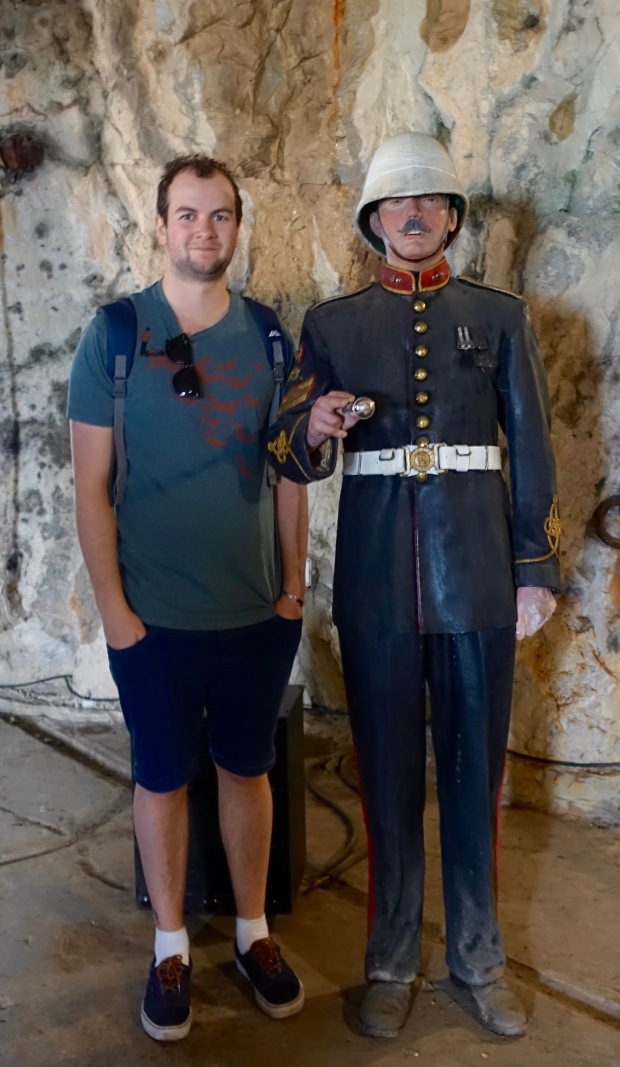