Repairs completed we got ready to go but ended up waiting on weather for a few days.

Sailing down the Solent past the forts: 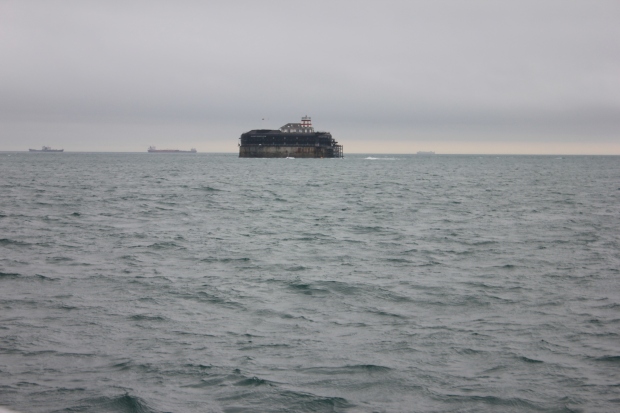 White Cliff on the south end of the Isle of Wight. 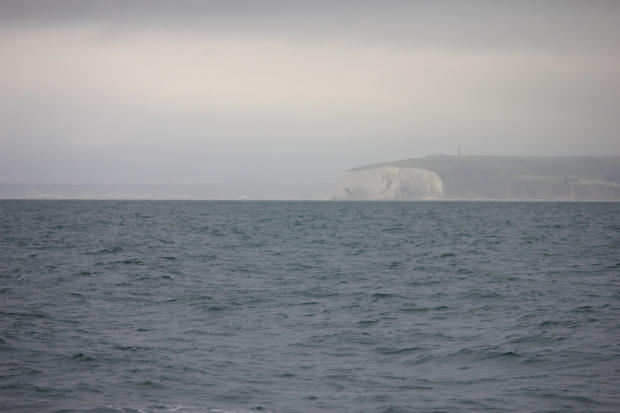 The forecast was not good, rough to Ushant and improving after that. But it got uncomfortable quickly and at 2200 that night the MetOffice issued a revised gale warning so we altered course and ended up next morning anchored in Tor Bay.  We had wind speeds over 4o knots while at anchor so it was the right thing to do.

The next night it looked better and we had a small window to get round Ushant so the anchor came up at 2000.  Rough but OK and we rounded Ushant at 1200 the next day. From then on it was just a big swell, wind died down and eventually the stabilisers went off and we crossed the Bay of Biscay without too much discomfort.

Eventually Spain came into view and by 1000 we are tied up in the Marina at La Coruna.

Entering the bay as dawn breaks.