The next morning we left Kirkwall and went round to Holm Cove where anchored for the night. This enabled us to get the tide right for the run through the Pentland Firth with its strong tidal streams.

We anchored with another kiwi boat and had coffee with them before leaving the next morning. 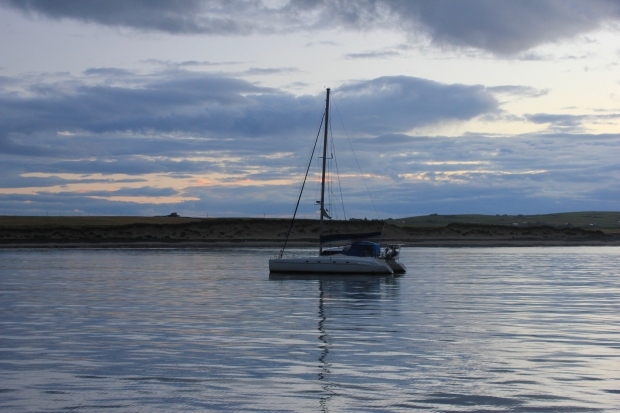 We ran through the Pentland Firth with the tidal stream, making a new top speed of 14.8 kts with the engine at 1350 RPM. The previous best was going through Hells Gate at 13.3 kts. 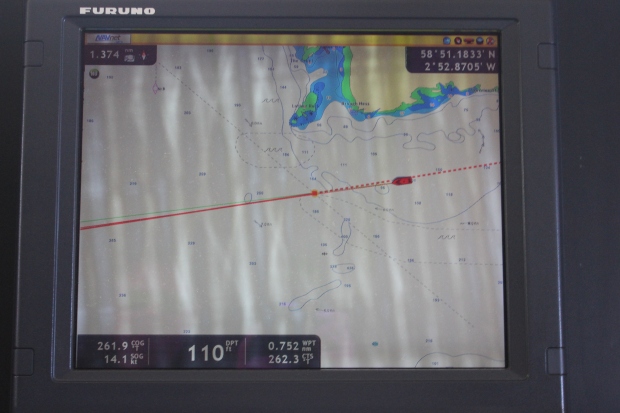 That night we anchored in Loch Eriboll at NW corner of Scotland. 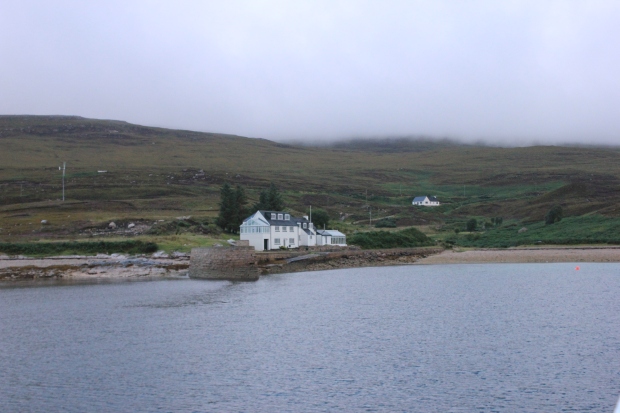 The next day we crossed the North Minch and arrived at Stornoway. 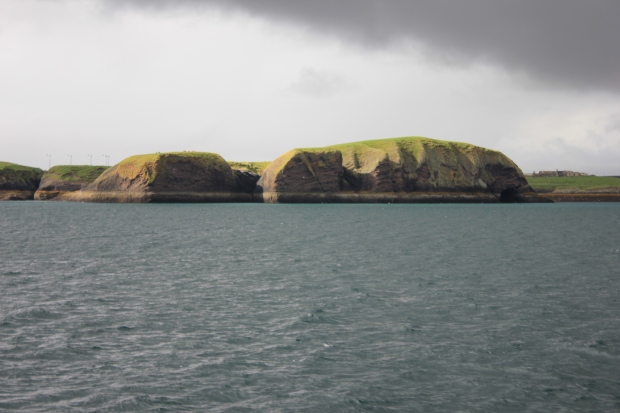 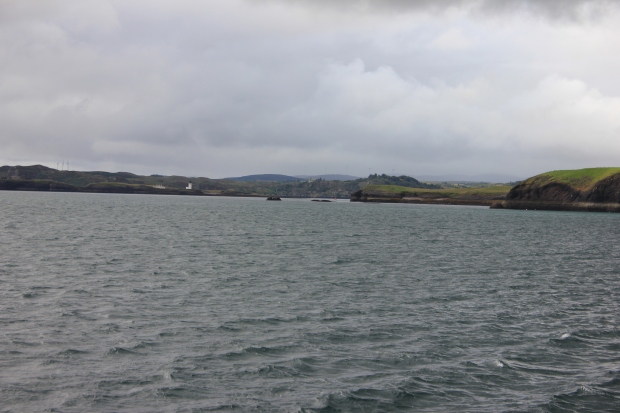 Continuing the drive we went east of Kirkwall. We crossed the Churchill Barriers, built during WWII after U47 penetrated the defences and sank the Royal Oak with heavy loss of life. Given the tides running it must have been some job.

We had a sandwich at St Margaret’s Hope with the view below.

Before driving back through the countryside and eventually overlooking Kirkwall. 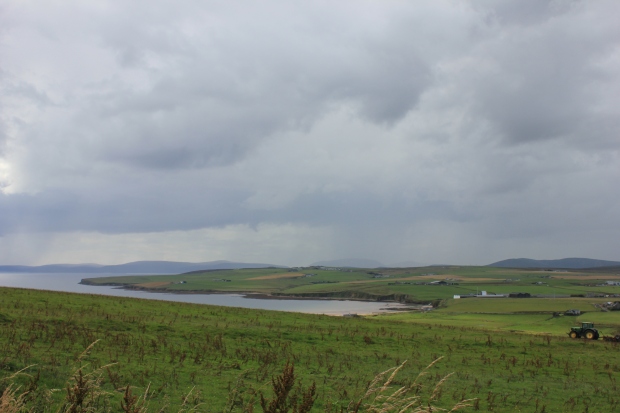 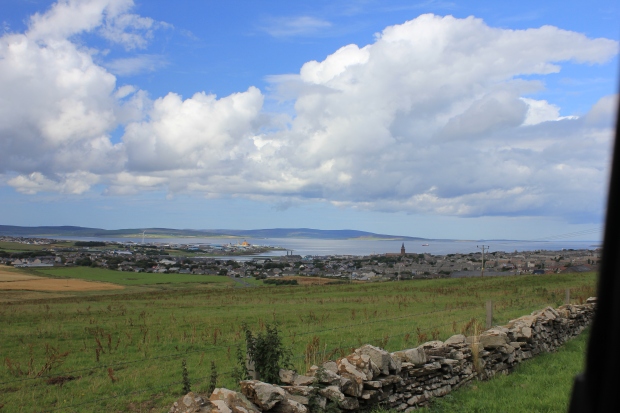 We were very kindly given the use of a car by a colleague, Frank Budge, and had a day driving round the Orkneys. These photos are from the circle of stones at Brodgar which were erected between 2500 – 2000 BC.

This magnificent Cathedral is in the centre of Kirkwall, once on the seashore but now a little inland. It was built by the some of the same team who built Durham Cathedral which we have also visited. 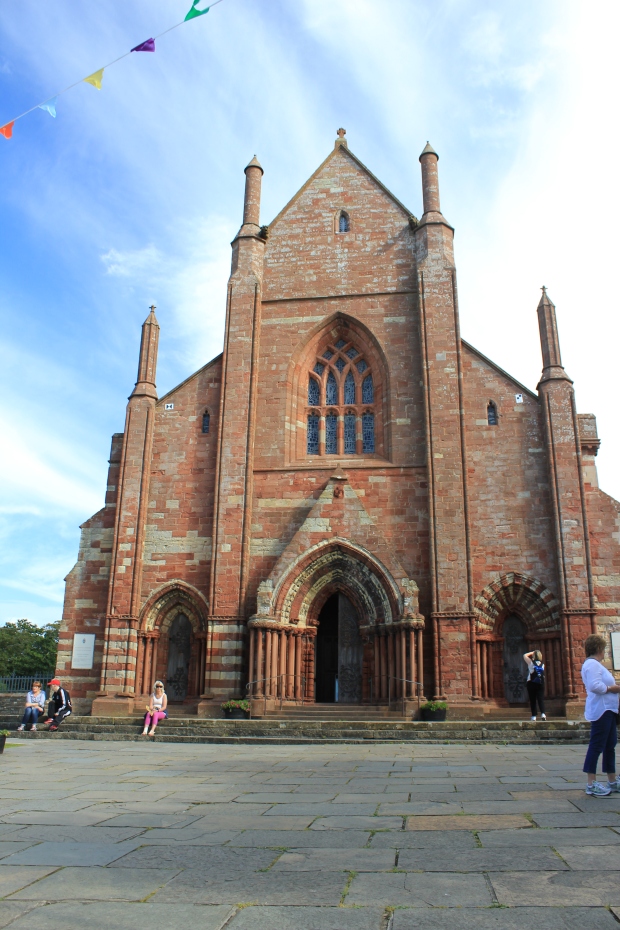 St. Magnus was murdered for political reasons but his grave became known for miracles and in 1137 his uncle commenced building the cathedral to house his remains.

A few years ago I read a book on a great arctic explorer named John Rae who was born in the Orkneys. “Fatal Passage: The story of John Rae, the Arctic hero time forgot.”

His mausoleum is in this cathedral which was a nice find.

Opposite the cathedral is a great museum detailing Orkney history, well worth a visit.

We arrived and were all tied up in Kirkwall by 1600 so had a quick walk up the road, got some lovely lamb chops, a bottle of my favourite whisky – Clynelish and a rich whisky fruit cake. Things you miss when travelling!

Clynelish is relatively hard to find and this was the first time I had seen it since leaving the UK in April. I always rate whisky shops on whether they stock it or not, most fail but the ‘The Brig’ in Kirkwall passed the test.

Here is a light house on the approaches to Kirkwall and a stately home on the same island as the lighthouse.

After a relaxing and pleasant 5 days in Lerwick we left for Kirkwall in the Orkneys. A day cruise with nice conditions and only a low SE’ly swell to roll us a bit. This is Fair Isle, the home of Fair Isle sweaters, right in the middle of the channel between the Shetlands and the Orkneys. Harbour a bit tight for us but very good for bird watching and wool.

Back in the UK after almost 5 months away. Made very welcome with an easy entry. We were berthed next to the ferry berth to Bressay so had a constant stream of people having a look and a chat. The ferry crew were great and were always full of advice and the odd helping hand.

Lerwick is a lovely town, clean and friendly. We had Scottish Fish and Chips on arrival – best in the world.

There is no unemployment in the Shetlands and I was amazed to see a paper with 2 pages of jobs advertised. 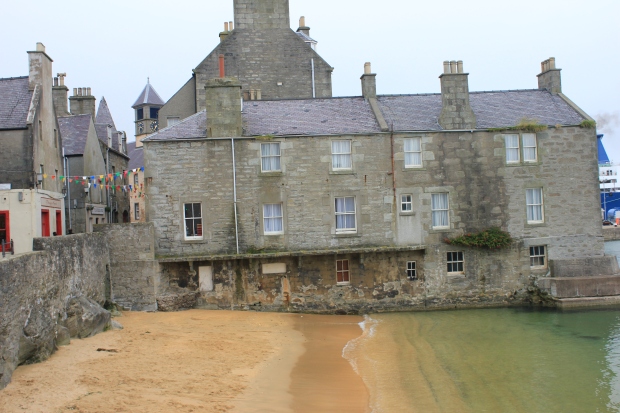 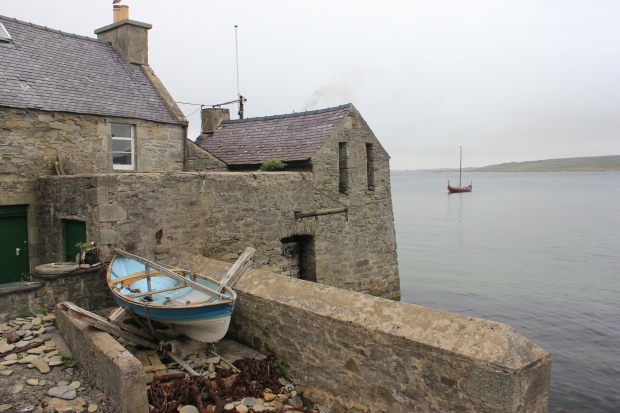 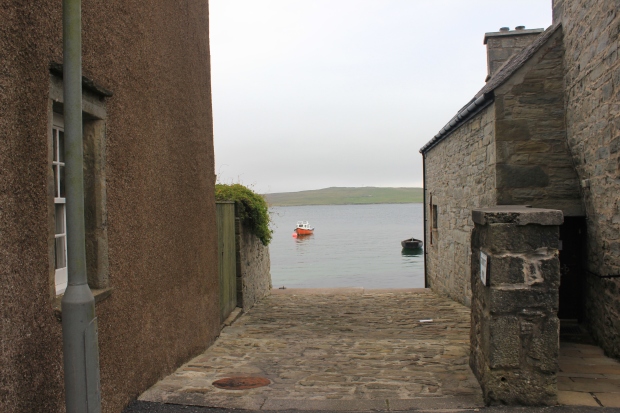 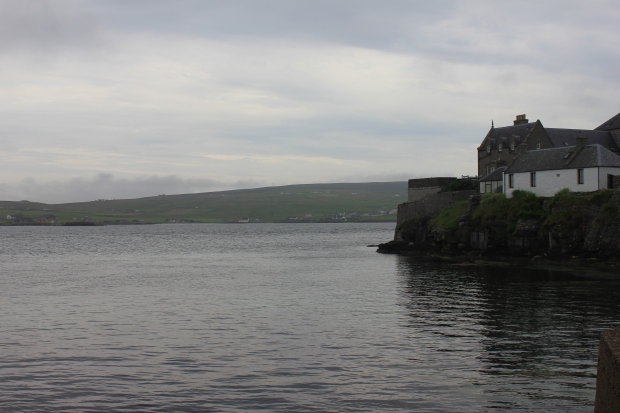 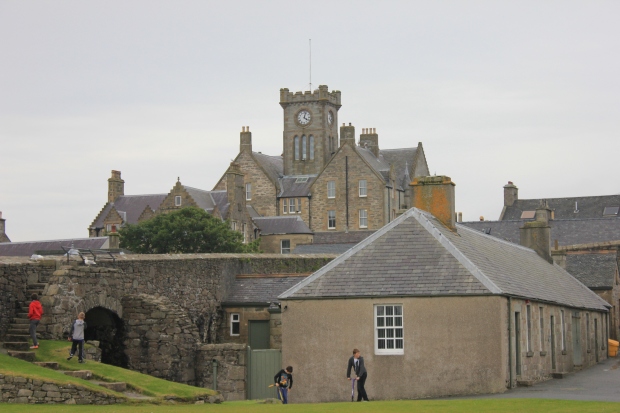 This is the ferry coming in across our stern.

One of those trips again, Force 5 most of the way, starboard bow, constant pitching, spray on deck forward and the odd bang. Short trip of one night but what a night, we pitched down off the back of a wave and both my son & I ended up almost standing on the control panel. I really expected to get green water on deck but she just whipped up and over the next one.

After a very pleasant stay in Klaksvik we had a leisurely day cruise to Torshavn.  For seas as calm as this all the time!

Arrival was bit of a comedy.The designated marina was crowded and far too small for Kapowai so we went back out and on our way. The port then offered us a berth at the ferry terminal but going alongside the gearbox stuck in ahead so it was a lightning fast 180 turn with the thrusters and out again. With that fixed we came back in and made fast.

Unfortunately it was drizzly.

We had a trip round the town, slowly getting wet, found a pub and tried the local beer – nice.