We left Bonavista at 1600 on Friday the 31st July for the 7 day voyage to Reykjavik in Iceland. The start was foggy but we saw whales as we waved Canada goodbye.

In the next 24 hrs a large swell from the NE developed, driven by a depression south of Iceland. It built to about 4m over the next day and rolling became a problem so the stabilisers went on. After that the wind built from the NE as well so there was a rough sea over the swell. The wind backed over the voyage going round to North and then to NW. There was a bit of a respite as we went through the high pressure extending south of Greenland but after that the wind returned and the swell also came round to the North and then NW.

We were escorted the entire way by a number of Northern Fulmars who, at times, flew very close to Kapowai. So close that one or two came close to getting the stem jack pole in a painful place. 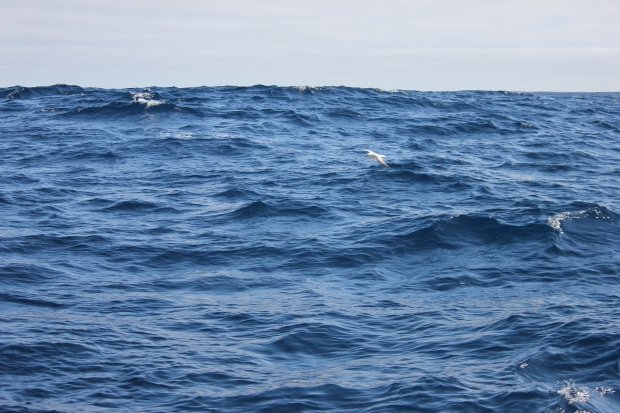 Eventually we made landfall and approached Reykjavik. Nice scenery crossing the bay and even better the swell and sea flattened. 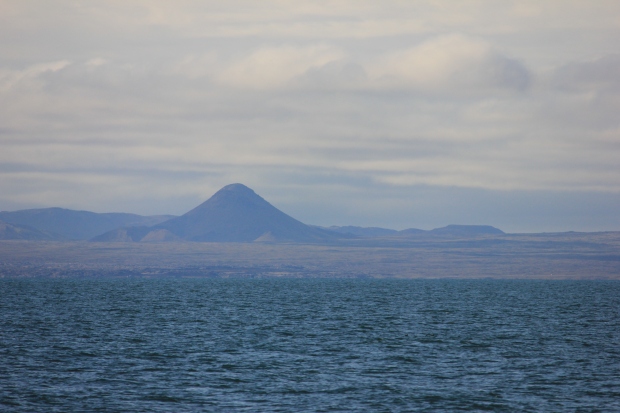 We were all fast by 1300 and cleared in shortly after. Matt & Laura joined us. We had dinner, got half way through a movie and then went to bed for 12 hours.